Stations of the Cross

Leader:  We adore you, O Christ, and we praise You.
All:  [genuflect] Because by Your holy cross, You have redeemed the world.

Today is Good Friday, the day on which Christians commemorate the death of Jesus on the cross.  For Catholics, it is the only day of the year on which no Mass is celebrated.  The Church instead holds a liturgy, which includes the following: a reading of Christ's Passion from the Gospel of John, Chapters 18 & 19; general intercessions or prayers for special intentions; the distribution of Communion (from hosts consecrated at Mass on Holy Thursday the previous day), and; veneration of the cross, during which the congregation comes forward to kiss a crucifix at the foot of the altar. Altogether, the service is very somber, with no music, periods of silence, and the priest's wearing of purple or black vestments.  In recognition and with respect for Christ's sacrifice, Good Friday is a day of fast and abstinence.

Many people also pray the Stations of the Cross on every Friday of the year, but especially so on Good Friday.

The Stations originated from pilgrims literally walking the actual way that Jesus followed to Calvary through the streets of the city of Jerusalem.  For those Christians not living in Jerusalem, this journey would be an enormously lengthy and expensive undertaking, and often impossible.  Therefore, such a trip only was within the means of the very wealthy.  Thankfully, over centuries, the practice was brought into every local Catholic Church through the placement of images of each Station along the inside walls, thereby allowing even the most infirmed to accompany Christ and console Him in His sacrifice.

The traditional 14 Stations of the Cross are as follows:
(Some people also include a fifteenth station of the Resurrection.)

I.  JESUS IN THE GARDEN OF GETHSEMANE

II.  JESUS IS BETRAYED BY JUDAS AND ARRESTED

III.  JESUS IS CONDEMNED BY THE SANHEDRIN

IV.  JESUS IS DENIED BY PETER

V.  JESUS IS JUDGED BY PILATE

VI.  JESUS IS SCOURGED AND CROWNED WITH THORNS 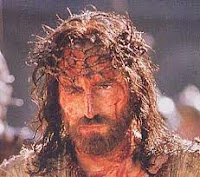 VII.  JESUS TAKES UP HIS CROSS

VIII.  JESUS IS HELPED BY SIMON TO CARRY HIS CROSS 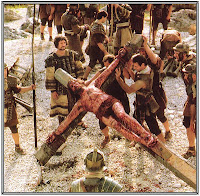 XI.  JESUS PROMISES HIS KINGDOM TO THE REPENTANT THIEF 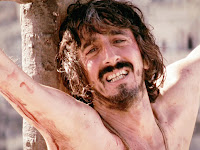 XII.  JESUS ENTRUSTS MARY AND JOHN TO EACH OTHER

XIII.  JESUS DIES ON THE CROSS

XIV.  JESUS IS LAID IN THE TOMB

"You think you make sacrifices.  Look at the sacrifice of Calvary, and compare yours with it."
(St. Elizabeth Ann Seton)