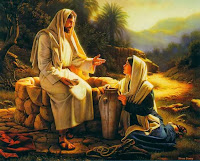 In light of the current focus on the indescribably, nauseatingly, vile content of videos taken at Planned Parenthood, revealing the dissection and selling of unborn infant body parts (sometimes while still alive) for profit under the guise of purported potentially life-saving medical research (which continues to have no basis in any actual success), I thought this quote from the famous Scopes Monkey Trial was eloquent in articulating the dangerous waters progressive science can place us in when we do not govern what we CAN do by what we SHOULD (or should NOT) do:

This is William Jennings Bryan's, the prosecution for the case, summation of the 1925 Scopes Monkey Trial (distributed to reporters but not read in court):


"Science is a magnificent force, but it is not a teacher of morals. It can perfect machinery, but it adds no moral restraints to protect society from the misuse of the machine. It can also build gigantic intellectual ships, but it constructs no moral rudders for the control of storm-tossed human vessel. It not only fails to supply the spiritual element needed but some of its unproven hypotheses rob the ship of its compass and thus endanger its cargo. In war, science has proven itself an evil genius; it has made war more terrible than it ever was before. Man used to be content to slaughter his fellowmen on a single plane, the earth's surface. Science has taught him to go down into the water and shoot up from below and to go up into the clouds and shoot down from above, thus making the battlefield three times as bloody as it was before; but science does not teach brotherly love. Science has made war so hellish that civilization was about to commit suicide; and now we are told that newly discovered instruments of destruction will make the cruelties of the late war seem trivial in comparison with the cruelties of wars that may come in the future. If civilization is to be saved from the wreckage threatened by intelligence not consecrated by love, it must be saved by the moral code of the meek and lowly Nazarene. His teachings, and His teachings alone, can solve the problems that vex the heart and perplex the world."

Jesus, I trust in You!

Lord, drop the scales from our eyes.  Help us to see the scourge of abortion for what it is -- the purposeful killing of defenseless infant humans where they should be the most safe, in their mother's womb.  Help us to reach out generously to women in crisis pregnancies and offer to help them in any way we can, so they may bring to fruition the precious new life YOU have given us all!